-After being landed on a new town (sorry village XD), the inevitable step was fetching for food. I had a list with every single item that I needed but I had no clue where to go. Luckily for me I was accompanied by my tutor and Julija, my roommate, to Varena which is around 20 km far from Marcinkonys. My first mistake was the belief that I could find everything with English descriptions but that has never worked for me. A great number of items was in Lithuanian, Russian etc… Yet, I managed to buy a lot of stuff that I needed for the first period and the total price wasn’t that bad: 40,28 €! 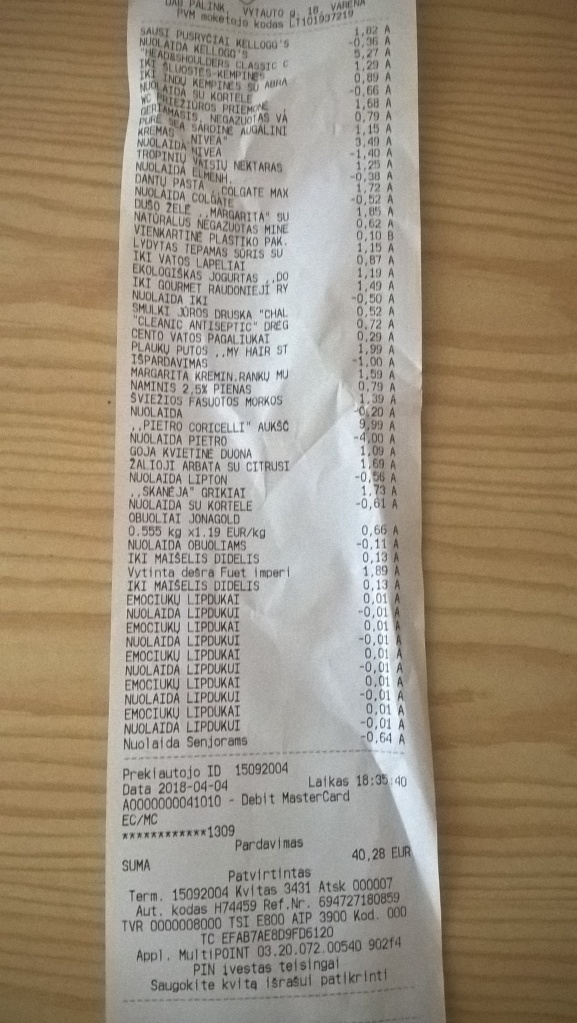 -The Zackagiris path is one of the best attractions offered by Dzukija NP. It is a sightseeing route with a length of 13,8 km but it is possible to choose between two available options as regards its exploration: the section of 7 km or 10,5 km. The route begins at Marcinkonys Visitors Centre. It is characterized by the presence of small rivers, like the Duobupis, and wild forest full of different vegetation and living organisms. The first difficulty was following the red marks on the trees all along the path because some of them were faded or too distant from each other. Somehow, I managed to reach a very important and interesting part, the one which flows into the Grūda that runs through the forest from the Grūda Lake that separates Lithuania and Belarus. This area with its very wide valley and lots of loops and old riverbeds is also a crucial point. 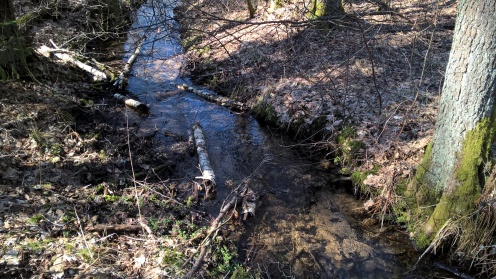 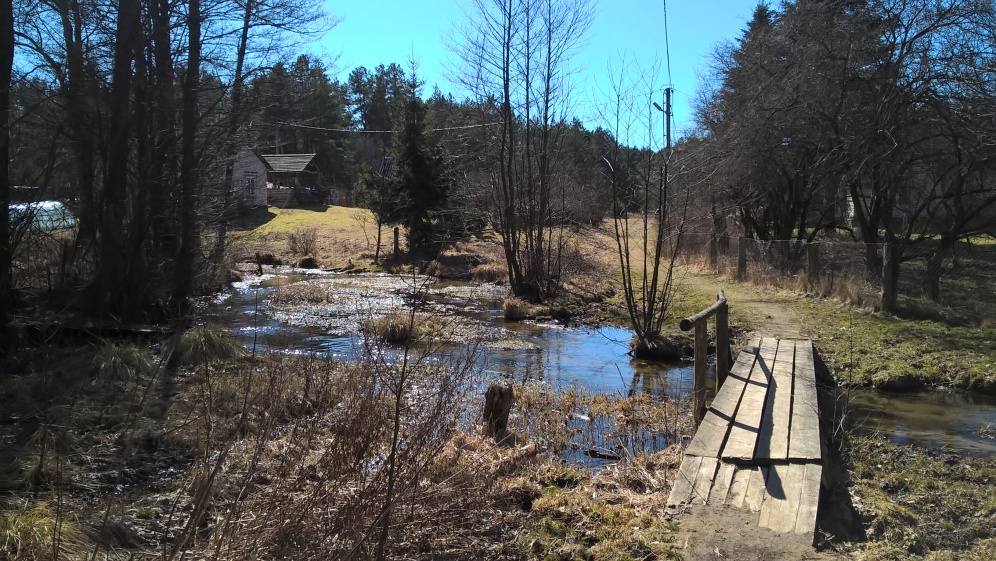 From this point it is possible to walk bare feet on a wooden path for few kilometres. In order to reach the other versant I had to go around because that path was still covered by water and continue the “red” path. Too bad that that area is still full of little swamps where I found my feet slowly descending into the raised bog. I tried to go on that path by climbing trees or finding more stable ground but I couldn’t. Therefore, I opted for an unofficial path that crossed at a certain point the official one.  Eventually, I didn’t do the whole path but I managed to follow it for at least 10 km!!! Despite slippery swamps and lack of sufficient marks I was helpful for other tourist guides because I made a report about difficulties of the path. The same day I also fished for the first time! 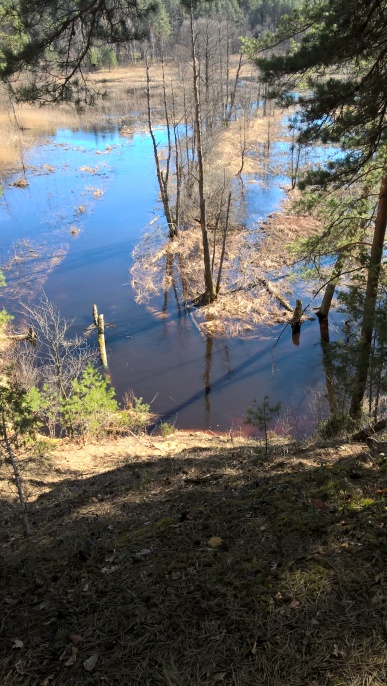 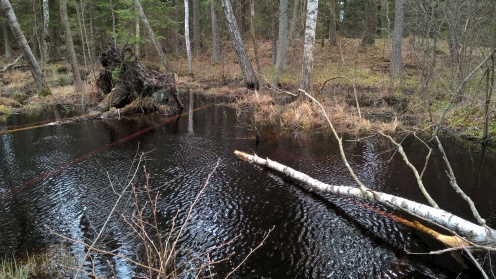 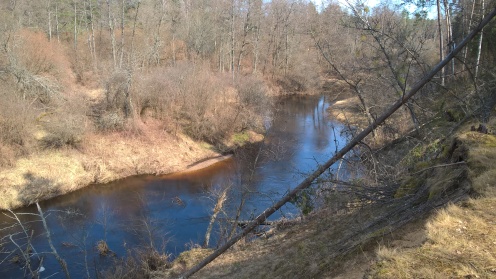 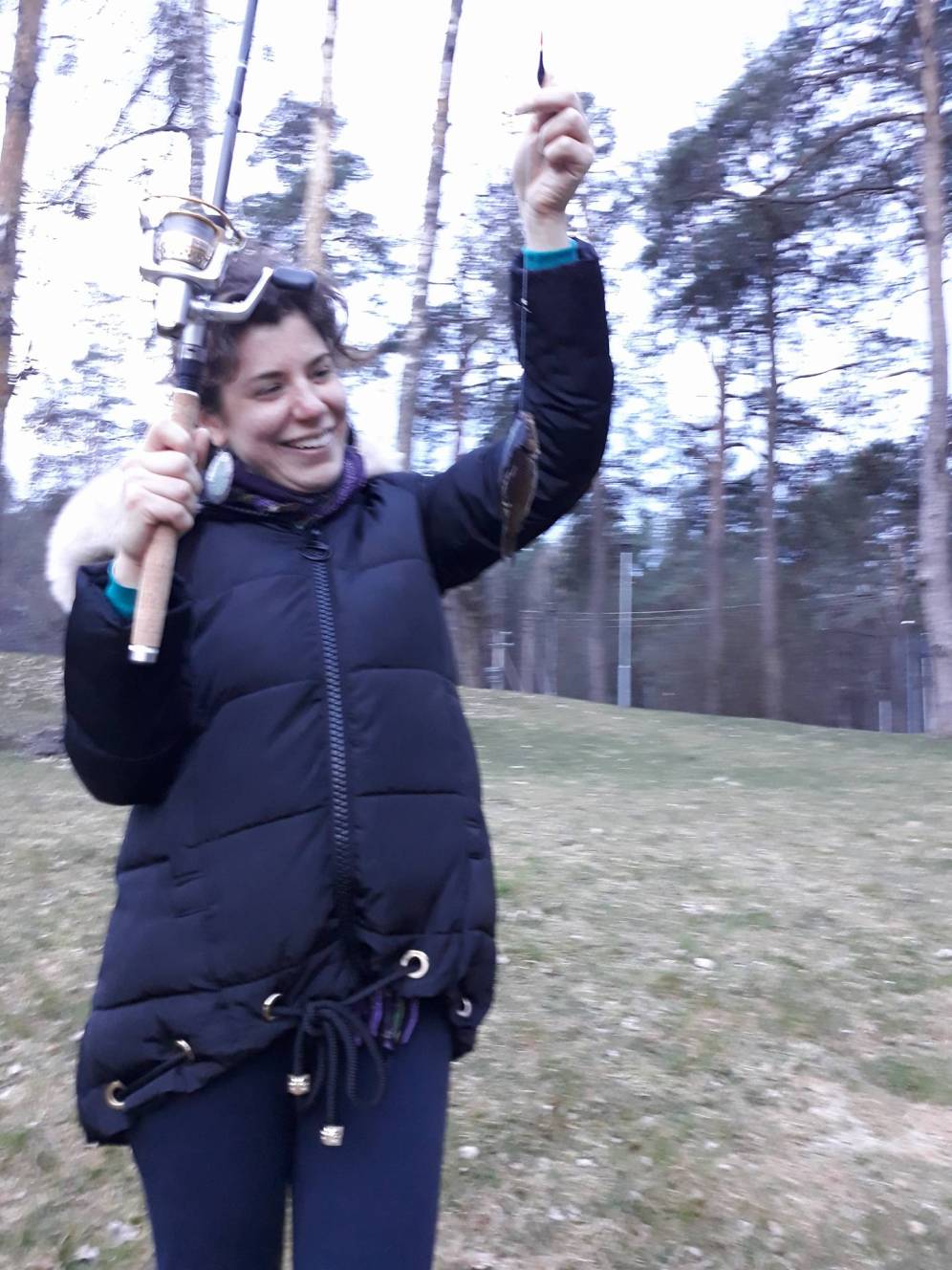