Two days have already passed since one of the most important and heartfelt celebrations in Lithuania: Vėlines or All Souls’ Day. However, this annual feast day deserves proper attention because it is rooted in ancient times (probably 15th or 16th century) but is fairly ‘alive’ in current times.

The 1st of November is traditionally called ‘All Saints’ Day’ in the vast majority of European countries, but it is in Lithuania that its focus slightly shifts from the celebration of Christian martyrs and saints to dead ancestors and lost members of a family. This celebration also marks the end of harvest thus confirming a strong connection between Lithuanian traditions and nature. The present-day ritual dates back to the mid-19th century, when people gathered on the mounds in particular in order to honour and warm up the souls of soldiers who died in far away lands. Like other religious feasts, Soviets prohibited this commemoration because people used to put candles on the graves of non-Soviet historical figures.

The ritual consists of visiting burial sites, decorating graves with flowers and candles and pray for a considerable amount of time (typical of old women). The main purpose is to preserve the bond between the living and the dead. With reference to this relationship, Lithuanians’ habits are a little bit singular. Every village or small town in Lithuania has its own cemetery enclosed by a fence and a small gate that has to be closed every time a visitor goes away in order to separate the two worlds. Nonetheless, the living do not fear the dead and especially on occasions like All Souls’ Day they invite these souls to join them in a certain way, even by means of sad songs.

As someone deeply curious about Lithuanian culture I could not help but to participate to this ritual and see what really happens. I took part to the commemoration in Musteika, one of several villages belonging to Dzukija NP, where I discovered that even younger people were trying to revive the tradition. To reach the cemetery, I went through a little road which was in pitch black. My only guides were Onute, a biologist of the park living in that village, and some far lights working as signals for prospective participants. Here some really dark pictures with few trembling lights. 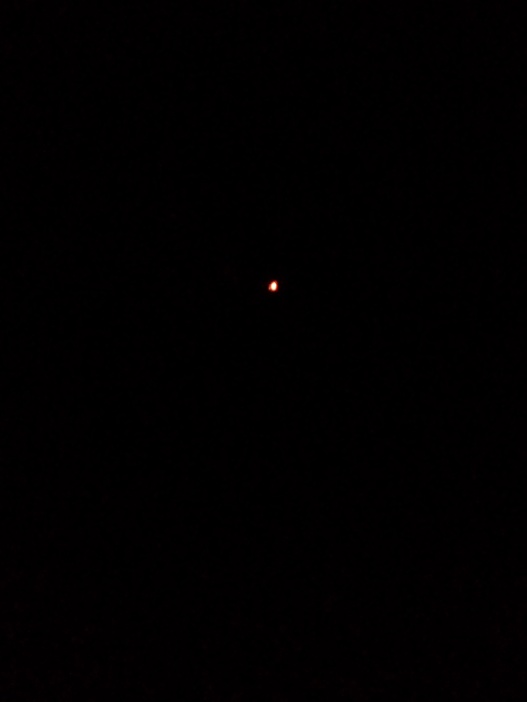 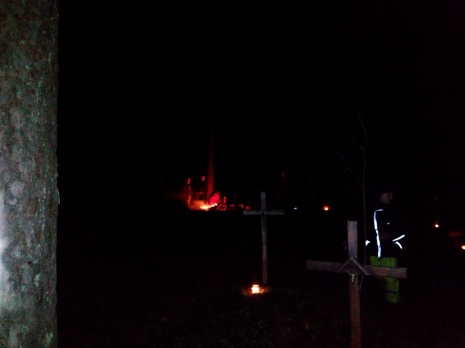 When I arrived at the cemetery, a number of people and children were decorating graves with flowers and candles while somebody else was lighting a fire or waiting for the ceremony to begin. Then, the ambiance became solemn and we were all gathering around the fire in order to start a long prey for the beloved dead. Some old women shed tears. When the prey was over, somebody went visiting some graves and the few left stayed around the fire and started to evoke some old stories about their childhood and old traditions. The amazing thing was that not only were children not afraid of the dark cemetery but they also wandered around graves lighting or playing with some lights. I really felt to be part of something mysterious yet magical and I treasured every moment of that night. 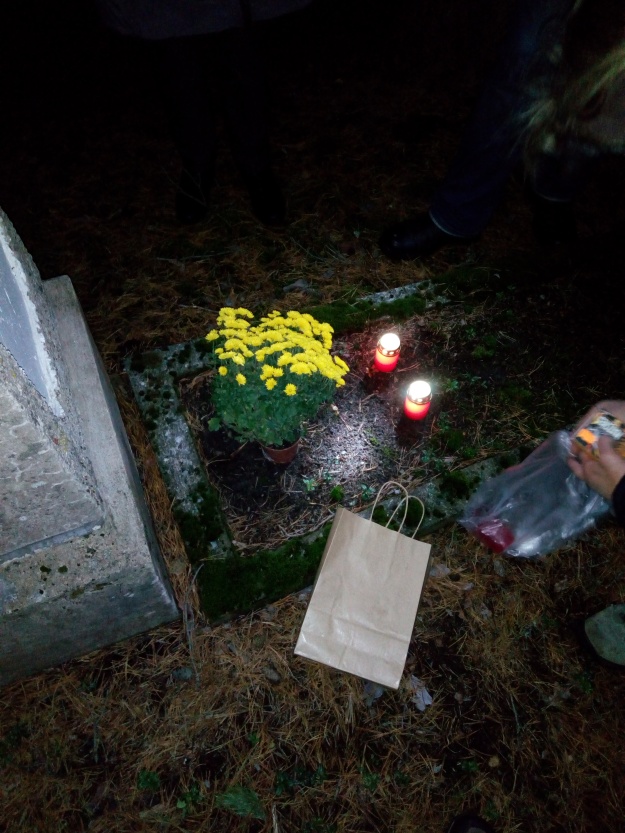 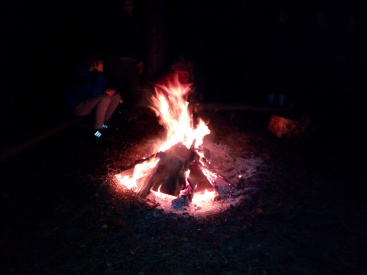 Currently, there are a lot of bad situations and events and people try to avoid children pain by keeping them away from cemetery or anything related to death. However, it is still important to involve children in these old customs because they are part of their cultural heritage and death is just another face of the same human existence.

I hope this article is not too sad ‘:D